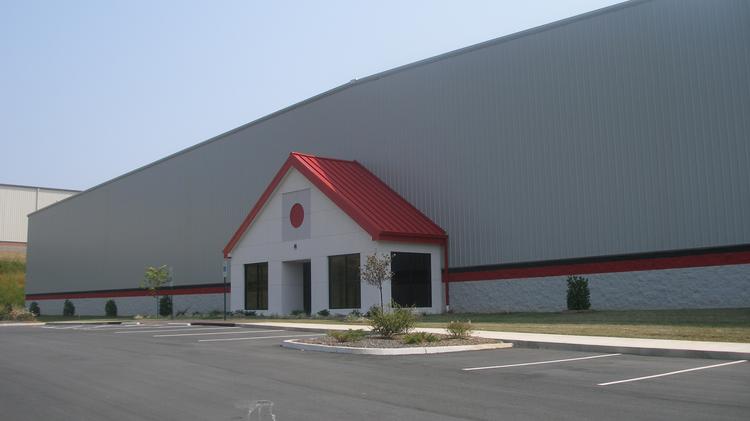 Earlier this year, British tire manufacturer Dunlop Aircraft Tyres was on a tight timetable for identifying the site of its first U.S. retreading facility. The facility would need to serve major customers such as Compass Airlines and Republic Airlines as well military clients.

Dunlop needed to start operations in early 2016. That meant that the company would not only have to select a site near major thoroughfares, but also install equipment, train workers and get the site certified by the Federal Aviation Administration.
The pressure was on. “There was definitely a sense of urgency,” recalled John Seawell, project manager for the U.S. project.
After eyeing multiple locations across the Southeast including the Carolinas, Georgia, Tennessee and Virginia, Dunlop last week chose Mocksville as the preferred site for the retreading operation that will serve customers nationwide and create at least 40 jobs within the first two years of operation.
Dunlop chose Mocksville as the preferred site for several reasons. But the driving factor was the availability of a brand new 108,480-square-foot building inside The Hollingsworth Cos.’ Southpoint Business Park.
People on the Move
Joe Tomlinson
Joe Tomlinson
Berkshire Hathaway HomeServices Yost & Little Realty
Tom Goodman
Tom Goodman
Barnhill Contracting Company
Brian Propst
Brian Propst
Waddell & Reed Financial Advisors
See More People on the Move
Don Moss, a vice president with the Charlotte office of Colliers International who helped Dunlop with site selection, said the company also looked at a build-to-suit-option in Cabarrus County, a facility in Fayetteville, a couple of buildings in South Carolina and a shell building in Monroe, NC.
But the Southpoint Business Park facility was the right size, and it was expandable to 150,000 square feet, which was a requirement of Dunlop, Moss said. “It checked that box for us,” Moss said.
Seawell also said the building at 205 Enterprise Way in Mocksville had a wide open floor plan that could be specifically designed to his company’s specifications. And it didn’t hurt that the building was already equipped with a specific sprinkler system required for the Dunlop operation, Seawell said. “We didn’t have to upfit it with that which would have been $300,000 to $400,000,” Seawell said.
He said The Hollingsworth Cos. was also willing to kick in $1.9 million worth of upfits to the building including power, HVAC and walls to separate Dunlop’s warehouse from the manufacturing area.
“It’s just a blank canvas,” said Chip Sisk, senior vice president and industrial real estate director for The Hollingsworth Cos. “It was essentially complete except for the upfit.”
The building’s location also provides direct access to I-40 and other major thoroughfares leading to deep water ports. Dunlop needs that access because it plans to bring in tires from United Kingdom and ship products out to customer repair centers across the United States, Seawell said.
Another selling point for Dunlop was Mocksville’s business friendly atmosphere, Moss said. He said the town is “extremely flexible” in helping companies get through the permitting process. “I will say that they are one of the more flexible communities in the Carolinas and Virginia that I work with,” Moss said of Mocksville. “That’s really kind of a unique story for the town.”
All of those advantages come on top of the strength of Davidson County Community College as a potential training resource, assistance from the Davie County Economic Development Commission, and the quality of the existing work force. Seawell said Dunlop interviewed some local companies and heard the area has a labor force that is willing to be trained.
Having a work force that is willing to learn is particularly important for Dunlop, which requires skills that not many people are going to have experience with. “We need people who are really willing to learn new skills,” Seawell said. “I want people who can run several different processes, instead of just one.”
The company also was able to secure a performance-based incentive packaged from Davie County and the town of Mocksville that will reimburse Dunlop with about $212,000 in taxes over five years, Seawell said.
Of course, all bets are off on the facility that Dunlop signed a 20-year lease for if a $500,000 grant from the N.C. Commerce Department’s building reuse program doesn’t come through, Seawell said.
Seawell said he expects to hear back about approval from the state on Oct. 23. “We just want to make sure we get the incentives,”he said.
If that grant comes through, Seawell expects The Hollingsworth Cos. to begin upfits to the building at the end of October. Dunlop plans to begin installing about $6.3 million worth of equipment in January. It will also start hiring workers and a skeleton crew to get through the FAA-certification process by mid-2015 — and open for business in early 2016.