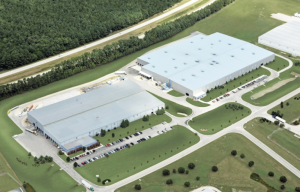 Service Center Metals, a homegrown Virginia company and one of the fastest-growing industrial assets in the Commonwealth, has been acquired.

What began as a start-up company fueled on a dream, grit and hard work in a 77,500 square foot facility, now stands the “world’s largest horizontal casting facility” in a vast 426,000 square feet after 4 expansions. SCM currently employees 247 people and has an annual revenue of $225 million.

When asked about the future growth potential with Riverstone, Scott Kelley, president and CEO of Service Center Metals said they “will not be restrained by capital requirements and therefore, will have the opportunity to aggressively expand where Service Center Metals chooses to pursue it.”